If You Get Beat Down Enough, You’ll Become the Smartest Guy in the Room 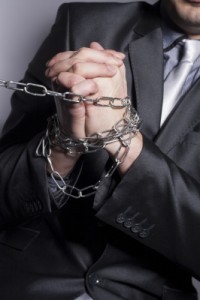 Entrepreneurs are often people who’ve been beat down by people, life, and circumstances so much, that there’s an underlying pain that defines them, that drives them to be successful. And I’d like to make the point that for some people, getting beat down enough can make them the smartest person in the room. Guy or girl.

My upbringing was just as fucked up as yours. My parents not only “divorced” (separated), but they were never married to begin with. My dad was a heavy substance abuser, and my mom, though loving, was an alcoholic. I was lied to about who my real father was for the first ten years of my life, to the point of having a different last name until I was 10. Then, when I found out who my real father was, he won custody over me, I lived with him for 5 years, and then he died violently of substance abuse related ailments. He was a total disaster for the 5 years I lived with him. Damaging to my brain in every way. My life was shitted on from day 1.

I went to live with my mom after that, who actually cared about me, but had a host of problems herself. I did horrible in school. I eventually got expelled from the high school I was attending for selling pot, tried home schooling and hated it, and eventually dropped out of school all together.

I joined the Army thereafter where I was treated like shit up until I stepped foot into Iraq, gained some rank, and fought good and hard. I was an on point soldier, and my peers and leaders could not deny me that truth.

A lot of my friends died, some of whom were 5 feet from me when they did, and my platoon got roughed up pretty bad by the enemy we were fighting (Mahdi Army, a Shiite extremist military). Motherfuck.

My life was hard. I did not have a normal childhood. I was psychologically abused. My parents did not know how to nurture my brain. I became a trained killer at 20 years old, got out of the Army at 24, and was suddenly sitting in this crazy thing we call a world, with no idea what to do, but with the strong idea that I wanted to be my own person.

Ok – that’s it. I don’t want to make this a poor me post, but I’d like to illustrate one thing: Because I essentially spent 24 years having the shittiest shit take place in my life, some my own doing, and some others’ doing, I ended up on the other end of that lunatic situation an extremely strong, extremely intelligent individual.

A guy with a past like that? I owned my own corporation by the time I was 27. Leased my first Mercedes at 29. Had tens of thousands of dollars in the bank and a 200K business before 30, and had started a second business building essentially a cognitive enhancement drug. I’m in no way arrogant, but I do understand my position VS the other people around me, and I often feel like I’m the smartest person in the room. In fact I know I am.

My story is still somewhat unwritten. I have much more to write to the history books. And unfortunately, I can’t say I’ve been effective because I’m naturally smart.

I can’t say I’m winning in life, and will continue to win because I was gifted with the ability to be a charismatic entrepreneur. I can’t say I developed the skills to sell, win people over, market, build profitable businesses, and normally be the smartest guy in the room because I wanted to.

My Shitty Life Made Me This Way

It was the PAIN that I endured that made me NEVER want to have ANYONE have ANY control over me again. Thus, the goal to be a millionaire as one of my major goals in entrepreneurship.

It was the fact that I’d been “gotten over on” so many times in my life prior, in situations I couldn’t control, that has made me a control freak, that will (if I can damn help it) NEVER let that happen again. Ever.

And it’s the way people treated me growing up, that made me hyper attentive to human behavior, and want to become the smartest guy in the room, in EVERY ROOM I walk into.

It’s protective. It’s self preservative. It’s me shielding myself from being a helpless victim to the ugliness of the world. An ugliness I’m glad exists for this very reason. It’s made me the smartest guy in the room. And I think a lot of entrepreneurs, and really successful people operate from some kind of inner pain that drives them. It’s hard to really kick ass when you’re comfortable.

But when you’re in pain, being driven by psychological distress and shitty situations, IF you’re conscious enough, you can use that to massively get ahead.