Experimenting With Glycine As a Nootropic 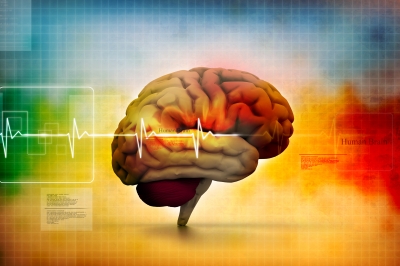 Image courtesy of ddpavumba, at FreeDigitalPhotos.net

So recently I had the interesting opportunity to experiment with L-Glycine, the amino acid and neurotransmitter, in a nootropic capacity. I had read about Glycine on this “extensive list of nootropics,” and was curious to try it both to see if it helped my sleep (which is purported to do) and or cognitive function.

But the thing was, at the time, I was also taking a daily cocktail of Cholinergics, to improve the synthesis, quantity, and release of Acetylcholine, so I did not take the supplement by itself but a few times at night.

Before we get to my experiences, there are a couple things to note: It has been shown that Glycine stimulates a pretty robust Acetylcholine release in rat brains. So taking Glycine with Cholinergics may either be really great, or really bad, depending on how much Acetylcholine you have floating around in your brain.

It also has a very complex functioning in the human brain, acting as both an inhibitory, and an excitatory neurotransmitter, which is sort of odd right? Reading about it in that regard, was the first tip off that I should be careful experimenting with it.

My first attempt at taking Glycine, WAS in fact by itself, at night time, but with the half life of CDP-Choline still working in my brain from taking 80MG of it earlier that day.

My Experiences With Glycine As A Nootropic

First taking Glycine, I threw down 2 Grams at about 10PM, before bed. Most of the benefits in the literature talk about improving cognition through improving sound sleep. People report having better sleep quality while taking Glycine, and fatigue upon waking has been reported to decrease in people taking the “lowest active dose,” (1-3 G) which I do not agree with.. and I’ll get to that.

So I took it down the hatch and went to sleep. And found no noticeable difference, which doesn’t mean anything about the efficacy of Glycine. It simply means I didn’t need any more in my body, or that for whatever underlying reasons, it did not have a positive (or negative, in that situation) effect on me. But what WAS interesting, is that when I went to the gym the next day, I actually was able to pump a few more REPS out of my sets on heavy bench pressing, which I would ONLY be able to do under the condition of taking 5 Grams of Creatine Monohydrate pre-workout.

And what do you know? It turns out that Glycine, combined with Arginine, is actually a pretty close precursor to Creatine in the human body. Go figure? It might just be a good pre-workout supplement. But no noticeable nootropic benefits for me. That was, until I mixed it with a Cholinergic stack directly.

One of the particularly interesting things about Glycine is that it’s related to regulating blood sugar, by removing circulating glucose from the bloodstream. We’ll get to why that matters in a bit.

So I decided to throw down 600MG with a CDP-Choline/Uridine Monophosphate stack I was taking.Â I actually thought I was onto a great nootropic stack, and frankly, it still might be for some people, because I felt nothing short of amazing. And it wasn’t just the CDP-Choline and Uridine making me feel that way. As I mentioned above, Glycine seems to play a role in Acetylcholine release in the brain. In rat brains at least, and I think it MAY do the same thing in human brains. This is also why I think the lowest active dose is probably far lower than 1-3G. I found a substantial result from a mere 600MG.

But things did eventually turn sideways, and here’sÂ where: Anxious to try that stack again, I did, and got seriously different results: it made me lightheaded and a bit vertigo-ish. It was almost identical to the feeling I got when I mixed Cholinergics WITH Huperzine A, an Alkaloid known to facilitate the brain retaining higher quantities of Acetylcholine, by inhibiting an enzyme that breaks it down.

(So, mixing Acetylcholine precursors with Huperzine A may not be a good idea for young people with healthy amounts of Ach)

Attempting to see if this result was consistent, I repeated the experiment for 4 more days. 3 straight, a 4 day break from the stack, then another day on and guess what I got? More of the same. Predictably, within about 30 minutes, I got that lightheaded vertigo feeling, that took hours to go away, and during the 3 days where I took the stack consistently, it was present nearly the whole time. Definitely not a fun experience.

But the question is: was this Acetylcholine overload? Or was this hypoglycemia induced by having my circulating glucose wiped from my blood from the Glycine? It’s funny, because I’ve sat on the fence on that one, and was convinced at certain points it was both; for some time I thought it was Ach overload, and at other moments I was convinced it was low blood sugar levels. Did I ever definitively find the answer? Nope, and it bothers the shit out of me not knowing. I can only draw hypothesis from my experiences, and the research and data that exists.

What Does This Mean For You?

Probably not a whole lot, because mileage always varies when it comes to nootropics. How one smart drug effects one person, is completely different when administered in another. Frankly, there was one day where I got a great benefit from taking Glycine with the cholinergics I mentioned above. Whatever happened thereafter, whether glucose or Acetylcholine related, I cannot fully explain.

As I mentioned above, there are some great reviews about Glycine as a sleep aid, and a facilitator to cognitive functionality in the subsequent day as a result. And to tell you the truth, I’m still a bit interested in the amino acid. I suspect it might stack well with other nootropics for some people, and I still assert that it’s effective below the 1G threshold. I’d be willing to bet that people experience some type of result from 500MG or less. But that’s for you experimenters to find out! As with anything I write here on this blog, don’t take my word for it. Do your own research, and perhaps consult with a medical professional if you’re going to take the stuff.

$989.00
The 1 month, intensive Nootropics consult is an immersion program, dedicated to high impact stack formulation and experimentation, where Cortex Labs creates and ships you Nootropic stacks to experiment with. This service hyper accelerates your nootropics usage and... 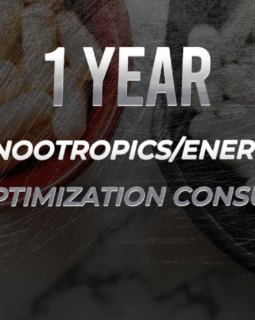