It’s not all that often, but often enough, that people don’t respond to nootropics. Most folks experiment with racetams, like Aniracetam and Oxiracetam, and afinils, like Adrafinil, and get positive results. Most people.

But some people, for various reasons, don’t get good results. They either: don’t respond at all, run into some sort of side effect, or can’t tell if their perceived response is placebo or real.

And for a while, I was puzzled by this. We would have nootropics consulting clients emailing us saying NOTHING we suggested worked for them.

We tried bringing in B vitamins, Magnesium, Calcium, and every other strategy we teach people to employ in our nootropics book, Smarter Better Faster. Still – nothing worked.

Then I remembered a study I came across that attempted to clinically validate nootropics, in which they were giving people a set of extremely simple nootropic compounds, that have known cognitive enhancement properties (Caffeine, Tyrosine, and a few others), in particular quantities.

I started suggesting that exact stack to every one I talked to that didn’t respond to some of the mainstream nootropics and to my surprise, virtually all of them responded well to the stack. The stack is as follows:

An extremely simple stack right? Nothing major. No racetams. No afinils. Just stimulant/alertness based neurotransmitter modifying compounds (and a curveball with Vinpocetine, which improves brain oxygen and bloodflow).

And suddenly people that didn’t respond to nootropics initially, responded to nootropics! They were amped about nootropics finally, whereas previously they sort of thought the whole thing was snake oil. 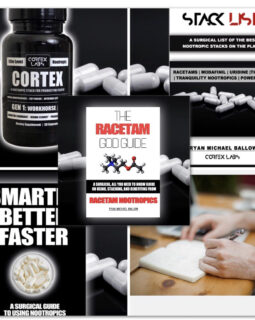